The top left corner is the pause button, allowing you to quit, retry, or recalibrate. To the right of the pause button is the wave number, which only appears on missions. Below that is one of a few things, depending on the situation, it could be percentage of armor left, number of enemy planes or radio stations to destroy, or a timer. Near the center of the screen is the main HUD, where there are two arcs, one green, one blue. The green arc is energy, which is used when speeding up, slowing down, or doing maneuvers. To the far left of the energy bar, the green arc, is the speed control, which shows the current speed; the up arrow speeds up your plane, while the down arrow slows down your plane, both of these actions, as mentioned before, consume energy. The blue arc is the armor, once the bar is completely empty, your plane is destroyed. To the far right of the armor bar, the blue arc, are the weapon buttons. The missile button is on top, with the missile icon, along with the number of missiles left, and when pressed, fires a missile on a locked target, or straight forward if no target has locked. The cannon button is on the bottom, with the bullets icon, along with amount of ammo left, and when pressed, fires bullets at the corsair at the middle of the screen. Cannons heat up, so when pressed, a new orange arc appears near the top, showing the heat meter; when the heat meter fills, the cannons must be cooled down before being used again. Around the main two arcs, there are frame edges, which denotes your lock range, so when an enemy is inside, it will automatically lock to that enemy. The top right corner has 2 missile icons, this tells you how many missiles you can fire before reloading. The arrows in between the two arcs show the direction of the other enemy planes. When an enemy plane flies inside the frame, a lock icons appears and locks in the target. And finally, the corsair in the middle is where the cannons will shoot, if the corsair lights up, that means your bullets will hit them. 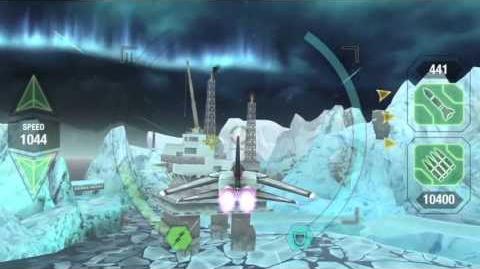 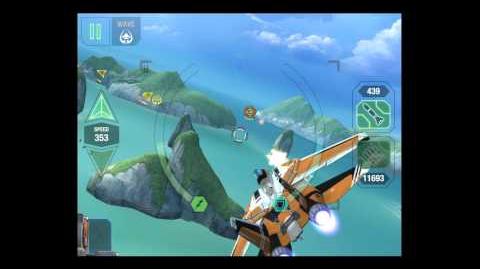 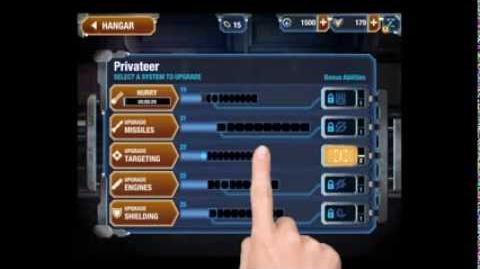 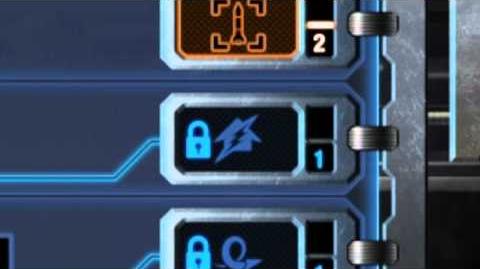 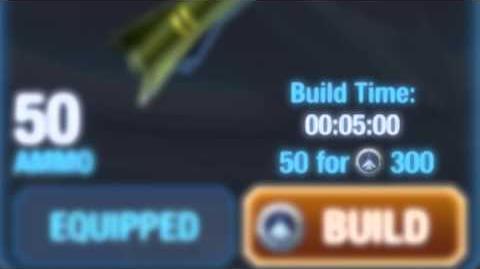 Celebration for Halloween!
Community content is available under CC-BY-SA unless otherwise noted.
Advertisement